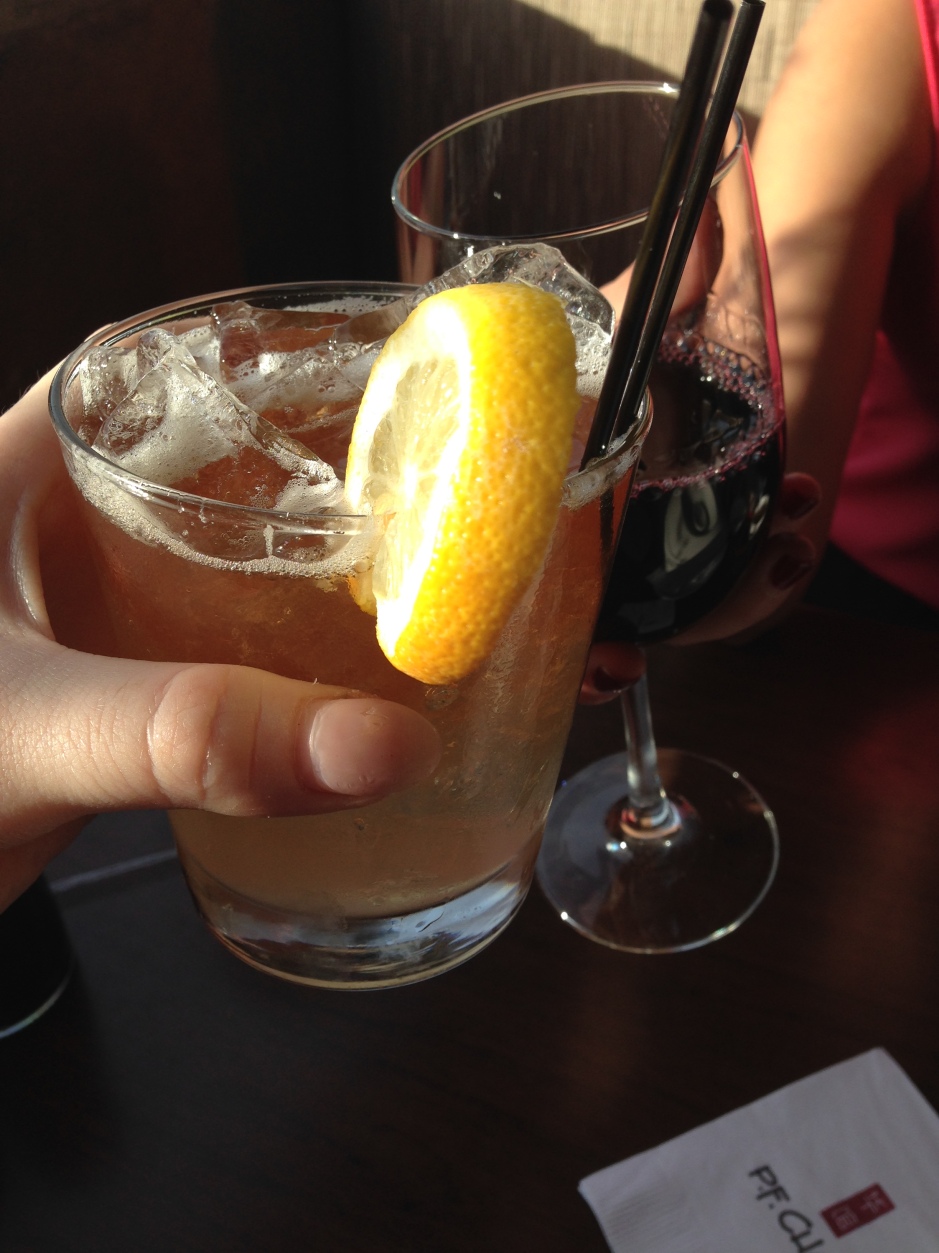 “I just LOVEEEEEE you Christena… I meannnnn *swaying slightly*… I think we could really be best best best friends”. Somewhere between the dance floor and the bathroom I had gained a solid 5 best friends for life and believe me, we had pictures to prove it.

I’m embarrassed to say, but my idea of “Pregaming” in college was drinking 2 bottles of Barefoot wine… You know the $5 dollar bottle that contains arsenic which will probably kill us all? 😉

But at the time it seemed okay to do 4 shots, dance the night away, and make a million best friends because…. well… because it was college and once we graduated we’d all have to face the harsh realities of the adult world and sober up. Except now that I’m in the adult world I’ve found that adults are so much worse than college kids and have done the opposite of sobering up.

In college you were shameless about your drinking. I mean every single day of the week was good for drinking right? Taco Tuesday, Thirsty Thursday, the weekend was just a requirement and don’t worry there’s bottomless mimosas on Sunday. And now that I’m being called an “adult”, the pattern is still there it’s just disguised differently. It’s the “I’ve had a long day that deserves a bottle or 3 of wine” or the “Movies are better with wine”. I’ve bit into all of them hook, line and sinker.

I was sitting at brunch with a friend and it was almost like conversations couldn’t really begin until we had our drinks. Not that we weren’t talking, sure we were talking about our jobs and the weather but the really deep conversations didn’t happen until we had had a few Bloody Mary’s. And when I think about that it makes me kind of sad. I don’t want to need a few drinks before I can talk about what’s really on my heart.

So I decided to go one month with no drinks. Granted I thought it might be the worst month of. my. life. But what I found was rather surprising. Aside from saving an ungodly amount of money and loosing weight, I noticed things I had never seen before. Like how awkward I am, but how there is beauty in the awkwardness. There is a lot going on in my personal life right now, some things that have been breaking my heart piece by piece, and it’s uncomfortable to be vulnerable with people, but what I’ve found is that as uncomfortable as it is, you grow much much deeper relationships with people when you’re honest without the help of merlot.

Because before I might not clearly remember what you shared with me over margaritas and queso, but now I can be the friend I always wanted to be that can follow-up, show you love and support you when you need it most because that’s what friends are for. I’ve had to deal with things instead of letting the alcohol deal with it, which is… being really honest here… something I’ve fought against. Feeling weak and powerless or unable to fix something in your life can be excruciating to accept. However after years of pushing things under the rug with some handy help of vodka sodas, I realized your problems don’t just disappear, they just get worse the more you avoid them.

At the end of the day I just want to lead the most authentic life I can lead and for me that meant cutting out alcohol for the most part. Will you still find me enjoying margaritas with the girls… yes, yes and yes! But now the margaritas are like a dessert. Something that you enjoy because you like desserts (can I get an amen?) but something you can also say no to. Haha okay bad analogy because anybody that knows me knows I can’t ever…. I mean EVER… say no to dessert! Maybe that’ll be my next blog post 😉