“Guess what I got” I gleefully exclaimed as I fell through the front door.

“Toilet paperrrrrrr”, I sang out.

I danced around my suitcase eager to show off my treasures.

The Mr. looked at me with what can only be described as bewildered amusement.

“Just wait there” I shouted over my shoulder as I barreled down the hallway with my suitcase to change out of my work uniform.

Not even a minute later I bounded into the living room carrying the goods.

“I got 6 whole rolls of toilet paper.”

I lovingly displayed the assortment of rolls.

“That means I now have 20 rolls total and won’t have to buy toilet paper for weeekkkkkkkssss”.

END_OF_DOCUMENT_TOKEN_TO_BE_REPLACED 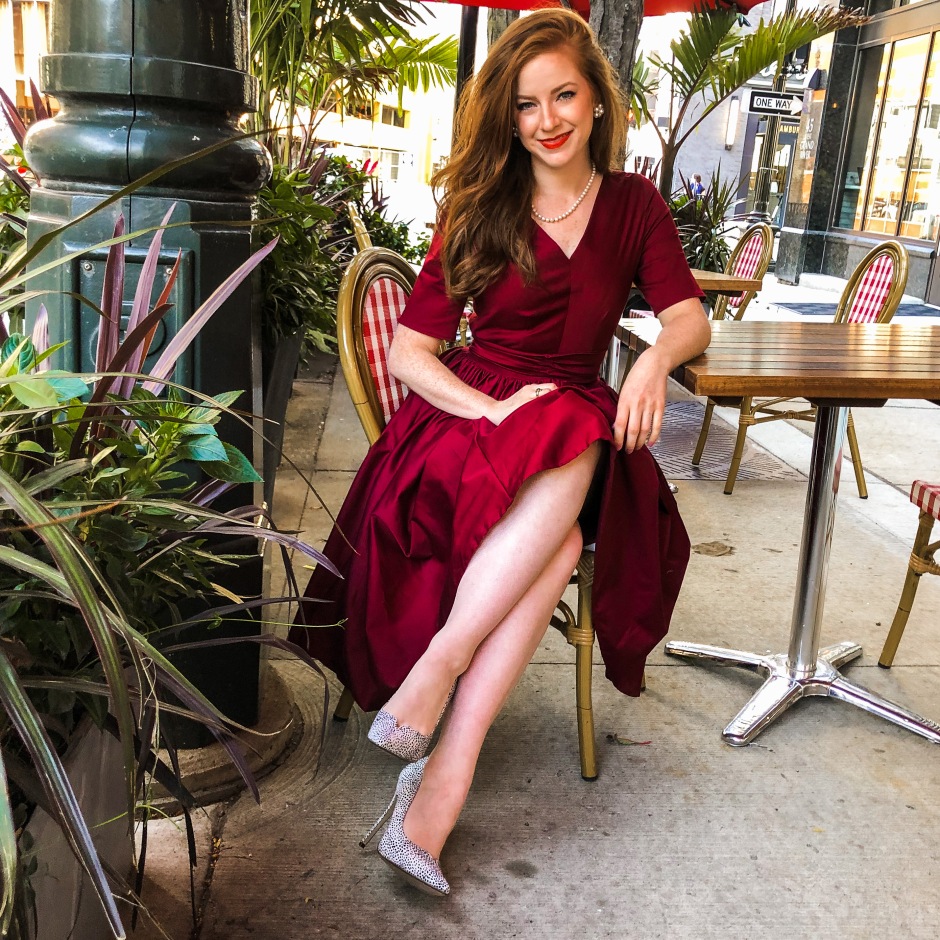 I looked in horror at the broken thread in my hands.

My breath caught as I held back the tears that were welling in my eyes.

“How are you so stupid Christena”, I muttered under my breath as I slowly put down the thread and made a new resolution.

I would never ever ever, under any circumstances sew ruffled pillows again.

But let’s rewind to the beginning of this sewing saga shall we?

It was the beginning of the summer… the world had all but collapsed and in a panic, I threw everything I owned into my car and drove down to North Carolina.

When I say everything, I do in fact mean everything. Espresso maker, entire wardrobe, spin bike, home decor… you name it, I had it.

To be honest, I didn’t initially plan on spending the entire summer living with my family. However, with my options being, “Fulfill every bucket list dream with my family” or “Spend the summer crying and alone in my Detroit apartment”… it’s not exactly hard to see why things unfolded the way they did.

-Learn how to sew-

Now I wasn’t a complete beginner, I had done a few little projects in my life with my momma. I’ve always had this innate desire to do everything a 19th century woman could do and of COURSE sewing is a must in that regard. But I don’t think I realized what a mountain of life lessons awaited me.

It started off great. My parents gave me my Grandma’s sewing machine which I was told by the sewing machine guy who serviced it, that it’s the “Roll’s Royce of Sewing Machines and they just don’t make them like that anymore”.

What could be more fun?

Did you know you can just walk into any craft store and open up GIANT books filled with patterns for almost any type of clothing you want to make. Legitimately, it’s like an entire world of creativity just opened it’s doors to me and I was positively intoxicated with glee. I ran up and down the fabric aisles like an insane person. Touching, analyzing, having in depth discussions about pattern matching… it was all exhilarating.

Then came the actual sewing part. Aka the part where personalities differences are highlighted to the ‘nth degree. I had no idea I was such a free spirit until my mom told me that I had to lay the pattern on the fabric a certain way and that was the only way to do it. I felt like my inner artist *said with a French accent* was slowly dying.

“What do you mean I have to follow the exact directions?”

I had imagined channeling my inner Italian atelier worker and throwing fabrics about as the sunlight dazzled through the windows. Beautiful chaos and somehow my stunning, sculptural and artistic visions for clothes would just magically come to life.

An alternate title for the circle skirt that my mom and I made could be, “Do you want to die on this hill?”

It was a painful process. I wish I didn’t have to admit that I cried a couple times over something as simple as a skirt. But even that pales in comparison to the saga that was making ruffled pillows.

Did you know you can’t just make things up as you go when doing ruffles? If you miss one small step such as, I don’t know, setting the machine to the right tension, your thread will snap in the middle of you painstakingly gathering the fabric. At 1am. When you’re hungry. And tired. And sick of making pillows. That’s actually the scientific formula by the way.

You’d think I had put my poor mom through enough trauma for one year. But no, after somehow managing to make the skirt, make 2 1/2 pillows (mom graciously finished the last 1/2 after I curled up into the fetal position and declared that I would rather die than look at the sewing machine again), I decided, “Let’s make a dress”.

Those words might as well go on my tombstone as the perfect encapsulation of my personality. “Here lies the girl that decided to tackle a sewing feat meant for advanced sewers after barely being able to finish 2 ruffled pillows”

Let’s wait to do it until I’m back in Michigan, far away from the sewing master, aka my mom.

With my mind made up, my mom graciously flew up to visit me to help me start the dress.

We did the now familiar traipsing though the craft stores, discussing pattern placements, but somewhere along the way my sewing skills… nay, life skills shifted.

No longer was I trying to pretend that I was a moody and creative genius, I decided to accept the fact that if I could just follow the directions and acknowledge the areas in which I needed help in, it would probably go a lot easier for me. (Insert how this is also insanely applicable to life in general)

With a lot of virtual help from my mom via FaceTime and just the tiniest amount of my inner Italian atelier worker, I finished the dress.

The feeling I felt when I slipped it on and it fit perfectly, it’s hard to put into words.

I looked in the mirror and saw not just a lot of hard work, but a ton of growing up, an enormous amount of love and guidance from my family, but especially my mom and the perfect combination of creativity and following the rules.

The grand total for this dress? Under $50. And it was only that much because one of my coupons wouldn’t work. To have a custom dress that I will cherish forever for that price tag? I mean TALK ABOUT #ThriftyAndGlamorous.

If you’re looking for a way to create beautiful pieces for a fraction of the cost of a designer item, why not give sewing a try? If you’re a detail oriented person you will thrive. And if you’re a creative soul like me, you’ll definitely learn some life lessons along the way.

Stay tuned for another sewing saga as I just started on a making a beautiful blue summer dress. 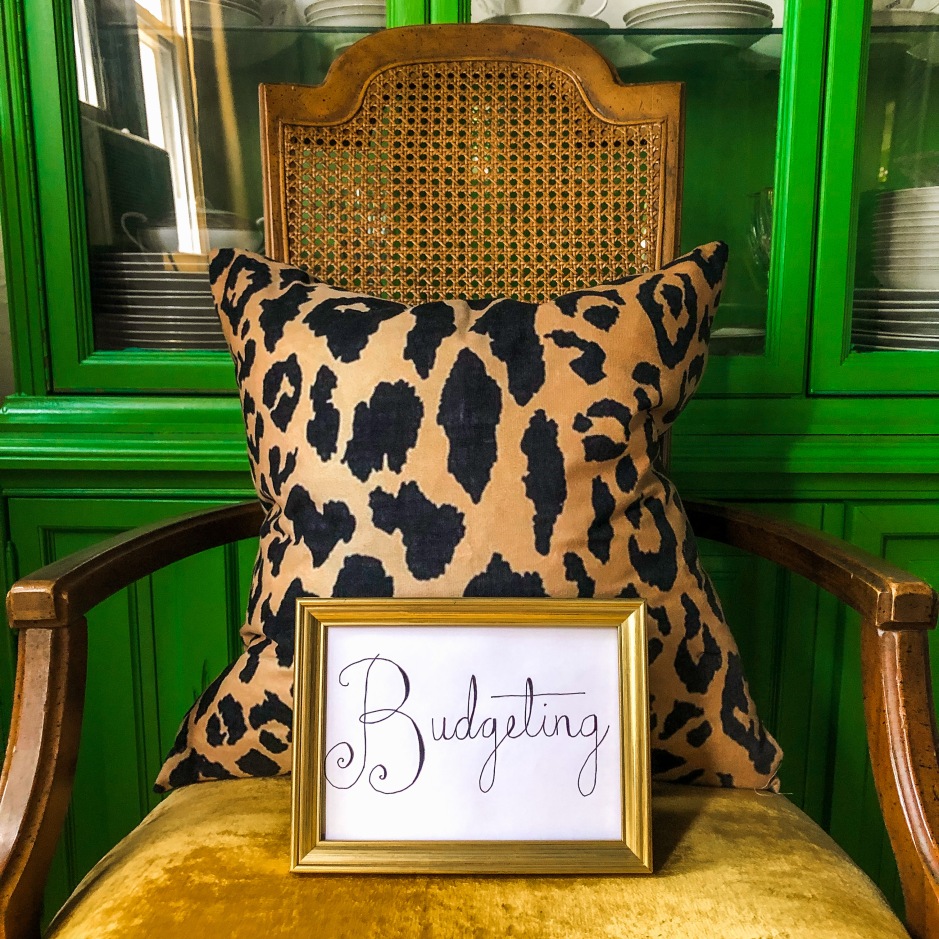 You know how some people just love numbers, love plotting out things on plain graph paper and punching things into calculators. They probably/definitely have a pencil behind their ear. Those are the kind of people who (I assume) budget.  END_OF_DOCUMENT_TOKEN_TO_BE_REPLACED

The sweat slid down the side of my face and intermingled with the faint residue of Sauve hairspray. My bun high and tight as I gazed at my reflection floating across the room. The sheer black ballet skirt floated softly as my toes pounded the floor silently. My worn and supple pointe shoes like a second skin.

Dancing was like breathing. I had put in so many years of work into it that there were magical moments where I would loose myself in the music and no longer have to tell my muscles what to do. It was magic. Pure unadulterated magic.  END_OF_DOCUMENT_TOKEN_TO_BE_REPLACED 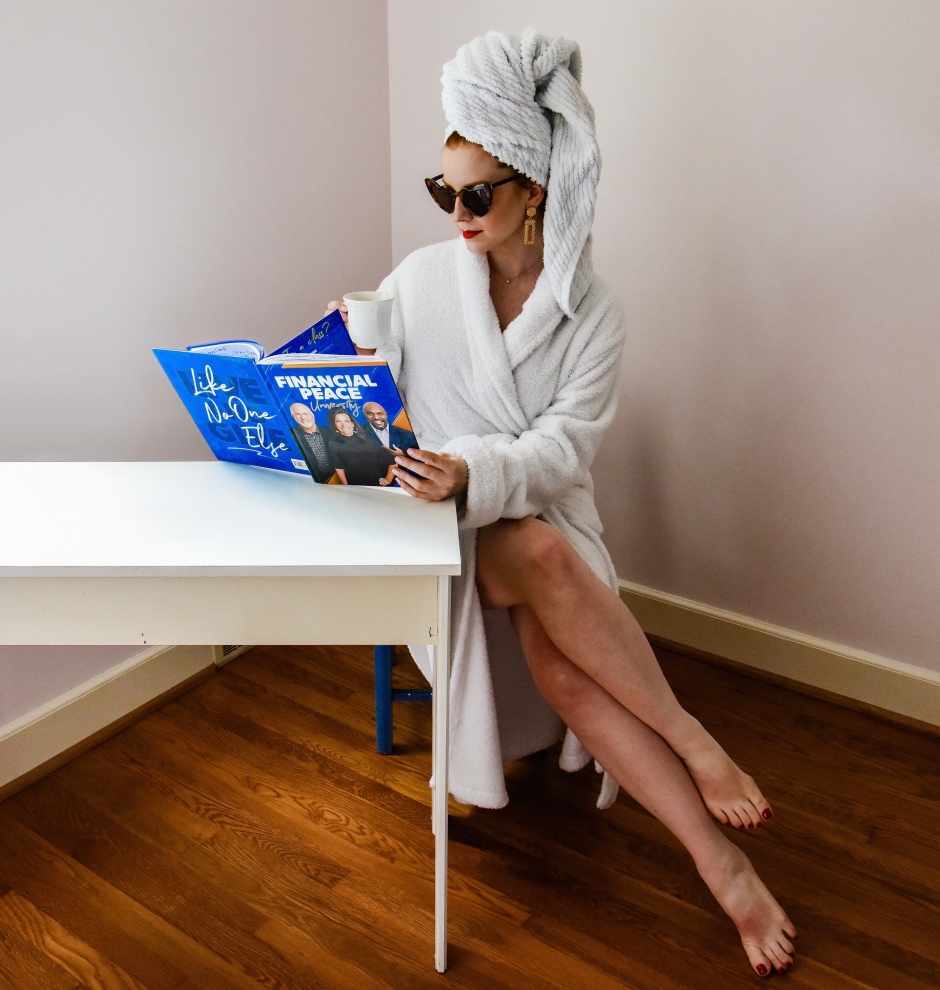 I hesitated… then slowly hovered my finger over the key.

And then I looked with horror at the dollar amount I was seeing on my credit card.

How did this happen?