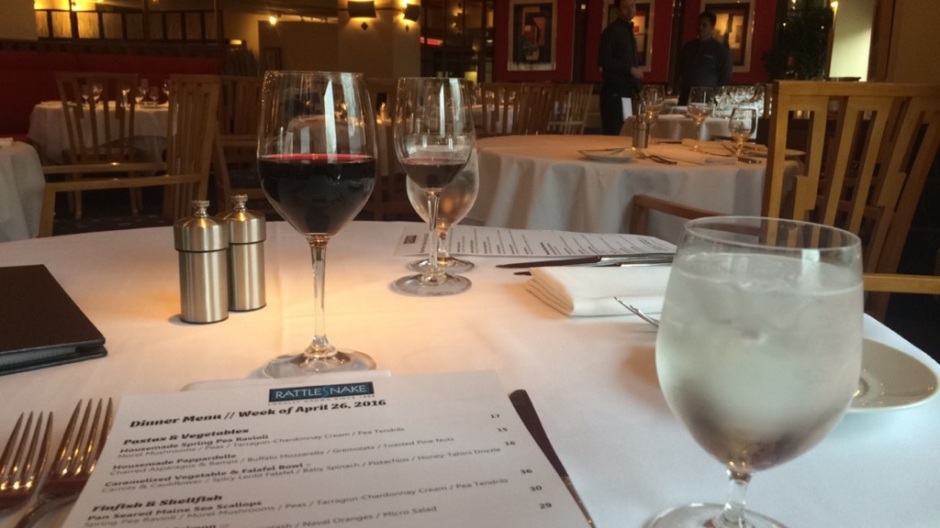 I had just touched down in Minneapolis when I called my mom. I had just met a gentleman who wanted me to meet his son, the obvious next step was to stalk the bananas out of this mystery man. When I say my mom and I are professional stalkers, I mean we. are. professionals. But we could find nothing on this guy. No Facebook profile, criminal record (haha), email account… we were scrambling. My first thought was that he must obviously be a hardened criminal and so I expanded my resources. I sent a text to any and everyone to help me in this obnoxious search and no one could find him!

I went on our first date thinking that there was a chance I’d be murdered and never heard from again because who on God’s green earth doesn’t have a Facebook? And furthermore, what is our relationship going to even mean if we’re not “Facebook official”.  In my past, there have been unhealthy relationships I stayed in longer than I should have because, to the outside world we looked glamorous, in-love and meant to be. Maybe I could have learned from this and been okay with dating someone who isn’t very active on social media but I didn’t, because I seem to enjoy learning everything the hard way.

I had learned to base my trust in a relationship off of the person’s social media behavior and even typing that out sounds absurd. For some reason I believed that if I could just post enough beautiful pictures, enough adoring comments, enough declarations of every month-iversary that our relationship would be solidified and valid even if it shouldn’t be existing at all. I can’t really take the blame entirely on this one because all you have to do is log onto Facebook and Pinterest and you’re flooded with any and everyone’s every move which includes their love life. This isn’t necessarily a bad thing… my mom being listed as married to my dad isn’t wrong… but finding your identity as a couple on Facebook isn’t right.

My man and I made the conscious decision to not be friends on Facebook. 99% of people think I’m crazy and I would never be so bold as to say I have it all figured out, but for us it works. It works because I was forced to build trust organically through conversations about concerns and fears, instead of finding out things on my own by my superior stalking. He walked me through his Facebook to ease any fear that he was secretly married or was a serial killer and surprise, I had nothing to worry about. But my heart, my motives, in posting pictures of us now is so wildly different. I do so because I find certain pictures artistic and enjoy sharing special moments with my friends and family but what you won’t find, is me consoling myself during rough patches with how beautiful we as a couple look or how validated I feel by people’s comments, instead we chose to validate each other all day, every day.

If you’re still reading this I applaud and love you 😉 Fun fact, the picture attached to this post is my man and I’s first date almost a year ago. No lie, I waited till he went to the bathroom to snap the pic so I wouldn’t look too obnoxious and I’m so glad I did!